Here’s to the crazy ones, the misfits, the rebels. The package makers, the man page writers. The rounded windows in Qt mixed with the less rounded windows of GTK. The ones who literally see things differently because of missing proprietary fonts.

They’re not fond of rules, installation wizards, double clicking and have no respect for the status quo.

You can downvote them, disagree with them, glorify or vilify them. About the only thing you cannot do is ignore them. Because they ship your bug fixes.

They invent. They imagine. They heal. They explore. They create. They inspire. They push the human race forward.

Maybe they have to be crazy. How else can you stare at an empty screen and know that you have to blacklist your video card driver? Or sit in silence while tweaking alsamixer on the command line? Or write bash aliases to reload your network driver kernel module each time your laptop resumes from suspension? We make tools for these kinds of people.

While some may see them as the crazy ones, we see genius. Because people who are crazy enough to think that they can run Linux on the desktop, are the ones who change the world.

“So what are we doing here? Let me tell you a wonderful, old joke from Communist times. A guy was sent from East Germany to work in Siberia. He knew his mail would be read by censors, so he told his friends: “Let’s establish a code. If a letter you get from me is written in blue ink, it is true what I say. If it is written in red ink, it is false.” After a month, his friends get the first letter. Everything is in blue. It says, this letter: “Everything is wonderful here. Stores are full of good food. Movie theatres show good films from the west. Apartments are large and luxurious. The only thing you cannot buy is red ink.” This is how we live. We have all the freedoms we want. But what we are missing is red ink: the language to articulate our non-freedom. The way we are taught to speak about freedom—war on terror and so on—falsifies freedom.“—Slavoj Žižek 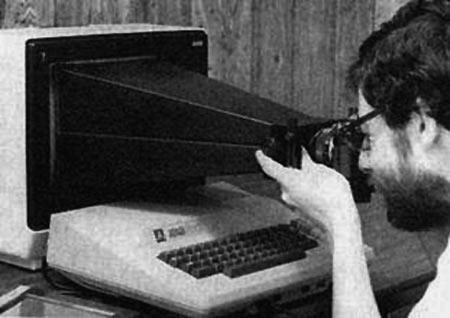